Visitation: Vistation will begin at 10:00am at the Harrisburg Chapel

Service: A memorial service will be held at 11:00am Wednesday, December 5, 2012 at Anderson-Jones-Corcoran Harrisburg Chapel. 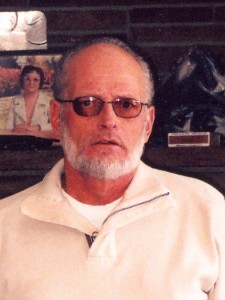 Ronald Cameron passed on the morning of November 30, 2012.

Ron was born in California to Raymond and Ethel Cameron.  He grew up around the Denver area in Colorado.

Ron was united in marriage with Barbara Engel on October 2, 1971.  To this union they had two children.  Ron worked for his dad at Gus Collins Automotive Machine Shop for eight years.  He then moved to another machine shop.  He was a machinist for 30 years.

Ron and his wife moved to South Dakota and bought a farm and raised their children.

He then moved to the mountains of Colorado, where he enjoyed boating and fishing.  He loved all the wild life and enjoyed making canes for a hobby.

Ron then moved back to South Dakota to be closer to his grandchildren and family.

A memorial service will be held at 11:00am Wednesday, December 5, 2012 at Anderson-Jones-Corcoran Harrisburg Chapel.  Visitation will begin at 10:00am.