Visitation: Visitation with family present will be Sunday from 3-5 p.m. at Anderson-Jones- Corcoran Funeral Chapel in Harrisburg. 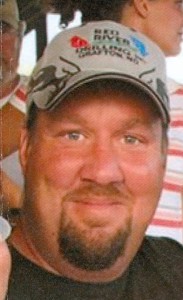 David Edward Christensen 41, passed away on June 19, 2013 as a result of a motorcycle accident.

He met Karen Waldner and her children in 2004 and in 2006 they built a house together where they have resided since.

David worked for Fiegen Construction and part-time at Casey’s General Store as a delivery driver in Harrisburg. He also worked side jobs for Neilson’s Construction building decks.
He was always willing to help out friends and neighbors by finishing their basements and building anything that had to do with wood including making his own fire wood holder.
David loved taking the kids out fishing and was always a loud cheerer at their softball games. He was always willing to put aside his work and help the kids with cars and any needs they had.

11 messages have been left