Service: Services will be 10:00 am Saturday, February 13, 2016 at the Harrisburg High School Auditorium. 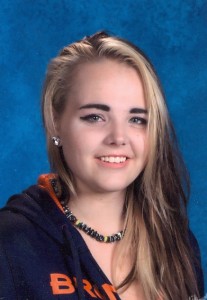 Alysen Kaye Voss, daughter of Chad and Tammi (Underberg) Voss was born March 29, 1999 in Sioux Falls. She grew up in Harrisburg, SD and attended Liberty grade school, Harrisburg middle school, and was currently a junior in Harrisburg high school.

Alysen was a member of the Harrisburg FFA, and The Ransom Church. She enjoyed racing go carts, camping with her parents and grandparents, serving at Life Light, swimming at the lake. She also liked Marilyn Monroe, music and we can’t forget she loved her pet rat, Lily. She hated the color pink, and thought Gummy Bears and Mt. Dew would make everything better. Most of all, Art Work was her passion. She loved to draw and make sketches. Her career ambitions were to become and Artist and Tattooist.

12 messages have been left