Visitation: Visitation will begin at 4:00pm Friday, May 6, 2016 at Anderson-Jones-Corcoran Harrisburg Chapel with family present from 6:00-8:00pm.

Service: Funeral services will be 10:00am Saturday, May 7, 2016 at Harrisburg United Methodist Church. 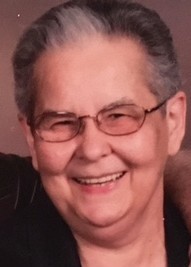 Janie as people knew her by was born December 26th, 1944 to James and Charlotte (Forsberg) Aleck.  Janie grew up in Harrisburg, SD and graduated from Harrisburg High School in 1962.  After graduation, Janie went to nursing school in Sioux Falls and graduated in 1963 as an LPN.  She started working for McKennan Hospital.  Janie was a dedicated nurse and was nursing for 33 years.  In 1964, Janie met the love of her life Arlen Thomsen at McKennan.  On August 12, 1966 Arlen and Janie were married at First Baptist Church in Sioux Falls.  They were blessed with a daughter, Lisa in 1967.  In 1972 they were blessed with a son, Micheal.

Janie was very active in the Harrisburg United Methodist Church and was an inspiration to all who knew her in the church.

Janie loved to knit and crotchet and made many scarves for the homeless people in Sioux Falls as well as stocking hats.

Janie was very dedicated to god and read the bible every day and read devotions every day.

She was preceded in death by her parents, one sister, Arlys Loveland and a brother, Jimmie Aleck.