Jeffrey Charles Larsen passed away November 14, 2016 at Sanford USD Medical Center. Jeffrey was born on January 28, 1962 to parents Emmett and Bonnie (Smith) Larsen in Sioux Falls, SD. He was baptized at the Harrisburg United Methodist church and grew up in Harrisburg and Sioux Falls. He spent some time in the Job Corp where he earned his GED. He worked for Dakota King until he was forced to retire due to poor health.  Jeff was an avid sports fan and enjoyed watching the Minnesota Vikings, Minnesota Twins, and the Skyforce play.  Until his brother David’s death in 2011 they went to all the games together. He was a kind hearted person and liked to do favors for others. He was the President of the Western Heights Council, where he lived. He called the weekly bingo game numbers and organized the annual Thanksgiving dinner.

He was preceded in death by his father, Emmett Larsen; his brother, David Larsen; and his step-father, James Thormodsgard. 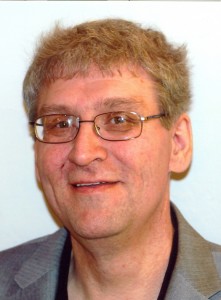