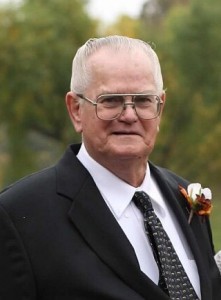 Eugene Roberts, son of Clifford and Susan (Simpson) Roberts was born on May 2, 1935 in Sioux Falls, SD. Gene graduated from Washington High School in Sioux Falls and joined the United States Air Force following graduation, where he appreciated the opportunity to travel internationally.

Gene was united in marriage with Marjorie Krier on September 25, 1965 in Larchwood, IA. Gene worked as a cement finisher and commercial truck driver until his retirement. He enjoyed woodworking, hunting, reading novels and listening to classical music. A lifelong self-directed scholar, he studied various topics in history and science. Recently, he had taken a particular interest in the geographical history of South Dakota.