Service: A funeral service will be held 11:00 am Thursday, April 26, 2018 at Shalom Lutheran Church in Harrisburg, SD. 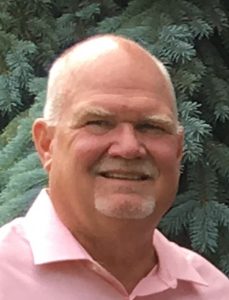 Reed Allen Ramstad was born on August 13, 1962 to Ray and Rose (Oines) Ramstad at Sioux Valley Hospital in Sioux Falls, SD. He grew up in and around Harrisburg, SD where he graduated from Harrisburg High School in 1980. Reed was united in marriage to his high school sweetheart, Julie Kloster, on April 3, 1982. He went on to graduate from Sioux Falls College in 1984. Following his graduation, the couple made their home in Harrisburg where they raised their two boys Matt & Nick.

Reed was employed at Mitographers, Inc. in Sioux Falls for over 37 years. The majority of which was spent as their Controller. Being a lifelong resident of Harrisburg, he served in many civic capacities including  the Planning and Zoning Board, City Council, and as Harrisburg’s mayor from 2005-2012. Reed was also a member of the Harrisburg Volunteer Fire Department for many years and was a founding member of the Lake Alvin Ducks Unlimited Chapter. He served as chairman several times for DU and has remained a member throughout its 26 years.

Reed loved spending time with friends and family. He spent countless hours attending his sons’ sporting events from T-ball, baseball, basketball, football, all the way to beer league softball. He was also an avid sportsman. Each summer he and Julie could be found camping and fishing with their lines in the water on the Missouri River and surrounded by friends near a campfire at night. In the fall Reed loved chasing roosters, greenheads, and whitetails throughout the state. When the weather turned cold, Reed and Julie enjoyed putting their toes in the sand with a cold drink in hand.  Reed’s most recent joy and love of his life was his granddaughter, Ruby. He was excited to multiply that love with the arrival of two new grandchildren due this summer.

17 messages have been left