Service: A celebration of life service will be held at 10:30 a.m. on Friday, November 13, 2020 at the Christian Life Center in Belle Fourche, SD, with an inurnment service at Black Hills National Cemetery, Sturgis, SD at 2:00 p.m. 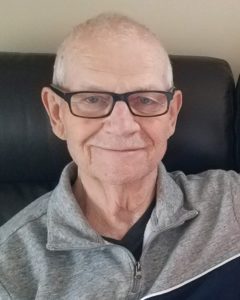 Ronald L. Larson, age 83, went home to be with Jesus unexpectedly on November 6, 2020. He was surrounded by his family, following a brain hemorrhage.

Ron was born on May 28, 1937 in Sioux Falls, SD to Art and Annabelle Larson. He grew up in Harrisburg, SD and attended Harrisburg High School, where he was active in athletics and graduated in 1955.

Following graduation, Ron enlisted in the US Army and spent 3 years in active duty, including 18 months in Korea. He was honorably discharged with the rank of Sergeant. Ron was very proud of his military service and remained active in the VFW and Honor Guard.

Ron started his career at Foster-Bell in Sioux Falls and was then transferred to Rapid City. He later became part-owner of Rapid Plumbing Company. In 1974, he moved his family back to his hometown of Harrisburg, where he started Ron Larson & Sons Construction. Together with his sons, he built and remodeled multiple homes.

Following an injury, Ron attended Sioux Falls College, obtaining an accounting degree. Ron and Rose later moved to Pierre when he was promoted to Director of Audits for the State of South Dakota. They remained in Pierre until his retirement. Ron and Rose then moved to their cherished family cabin near Belle Fourche.

Following his retirement, Ron remained active building and remodeling homes for his children. During this time, he taught his craft to multiple grandsons, sharing many memories.

The family has many treasured memories at the cabin. These include Christmas gatherings, cutting down their own Christmas trees in the Black Hills, and decorating the trees with homemade ornaments. Ron also hosted annual deer hunting trips with his sons and grandsons. The times spent with family meant the world to him.

Ron was preceded in death by his parents, Art and Annabelle; his sister, Wava; his brothers, Kenneth “Bud”, Duane, and Roger; and his two grandsons, Tyler and Lawson.

The family thanks you in advance for your kindness and memorial gifts, which will be directed to the Christian Life Center, Belle Fourche, SD.

A celebration of life service will be held at 10:30 a.m. on Friday, November 13, 2020 at the Christian Life Center in Belle Fourche, SD, with an inurnment service at Black Hills National Cemetery, Sturgis, SD at 2:00 p.m.

21 messages have been left