Visitation: Visitation will be 3:00-8:00pm Monday at Anderson-Jones-Corcoran Harrisburg Chapel with family present from 6:00-8:00pm.

Service: Funeral services will be 10:30am Tuesday, July 23, 2013 at Harrisburg United Methodist Church.

He attended school in Redwood Falls and began employment with Control Data in the 1960s. David was employed with Emerson Electric for 43 years until his retirement on June 29th, 2012.

David was united in marriage to Betty Durfee on July 2nd, 2012 on the island of Kuai, Hawaii.  David and Betty were together four years and enjoyed time at their acreage in South Dakota. David always took the time to enjoy and honor the simple things in life.   He especially enjoyed having an instant family and spent many hours playing with his granddaughters’ Rylan and Ragyn.  He spent many hours giving the girls rides on his 4-wheeler and in the winter pulling Betty, Rylan and Ragyn in the snow on sleds.  He also enjoyed the evening lightening bug hunts with his granddaughters.

David loved working in his yard and one of his greatest loves outside of family was riding his Harley.  He and Betty enjoyed many rides together and he would try to ride a little every day.

Funeral services will be 10:30am Tuesday, July 23, 2013 at Harrisburg United Methodist Church. Visitation will be 3:00-8:00pm Monday at Anderson-Jones-Corcoran Harrisburg Chapel with family present from 6:00-8:00pm. www.harrisburgchapel.com 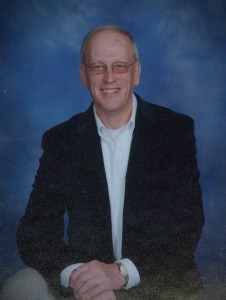