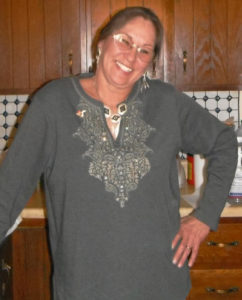 Marcella “Marcy” Wika-Wesdorp went to her heavenly reward on August 16, 2022.

Marcy was born in Sisseton, SD to Phillip and June Wika on November 15, 1958.

Marcy was raised on Riverside and was proud to be a member of that community.

Marcy was married to the love of her life and soulmate, Ron Wesdorp, on August 12, 1977.

They remarried in the church on their tenth wedding anniversary with their family and friends sharing in their love.

They adopted two children to share their life and love; James Wesdorp and Nicole Murray.  Her Grandson Donaven was her heart.  Marcy was always filling their life with the love that she had for them.

Marcy is preceded in death by her father, Phillip Wika and her brother Phillip Wika, Jr.  As well as her sister-in-law, Rebecca Trainor-Cooks.

Marcy has blessed our lives with her open arms, loving spirit and beautiful smile.  She will be sorely missed by all.

10 messages have been left